Samsung is going to launch a smartwatch which having LTE feature enabled and work standalone. 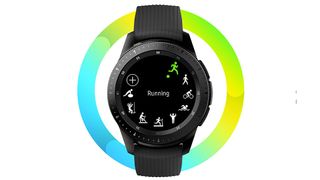 finally putting to rest rumors that the wearable was going to be called the Samsung Gear S4 or Samsung Gear Sport 2.  Galaxy Watch comes in two different sizes – 42mm and 46mm – and was announced alongside the Samsung Galaxy Note 9.

The release date is set in the US for August 26, while those in the UK will have to wait until September 6 and Australia is waiting even longer until some point in October.

The 46mm Samsung Galaxy Watch has a huge 472mAh battery, while the smaller model is only a 270mAh cell.

Inside the watch is an Exynos 9110 dual-core 1.15GHz chipset. The watch is running Tizen software.

Samsung India is Going to Launch A series in August

Realme C17 Spotted on Geekbench, Could Pack Snapdragon 460 SoC and...

FAU-G, an Indian Alternative to PUBG, to Launch by October-End

Facebook Messenger Will Limit Forwarding Messages to Only Five People