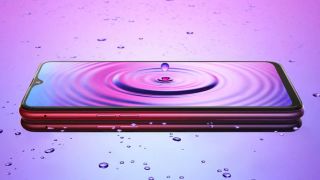 Sporting a beautiful gradient finish and a minimalistic notch inspired by water, Oppo’s newly announced F9 Pro handset has been shown off from every angle in an official teaser video for the upcoming device.

Currently, the Oppo F9 Pro is slated for release in India, as well as Vietnam and the Philippines (where it will be called the Oppo F9) on August 15. Though we’ve yet to receive word on when the device will reach other territories, we expect an announcement to be made in the near future.